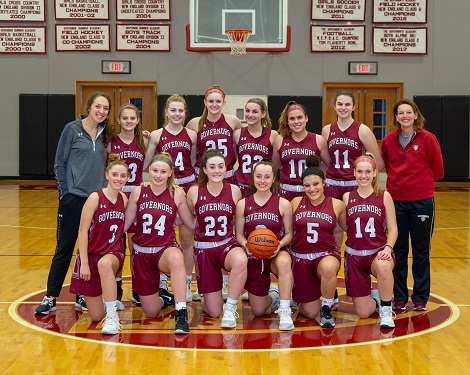 At The Governor’s Academy, we work hard to provide a physically and mentally challenging experience that fosters team commitment and personal growth -- and we like to have a lot of fun while we’re doing it. Our goal every season is to produce a team that is better than the sum of its parts.

The Governor’s Academy has a long tradition of success, and has been one of the top teams in New England for over a decade. Consistency is the Govs trademark as we have qualified for the Class B playoffs in 12 of the last 15 seasons. We compete in the highly competitive Independent School League, largely considered to be the strongest prep school league in New England, so we face some of the best players in the area every game.

The Governor's overcame a slow start last season to earn a home play off game in front of a raucous partisan crowd. After defeating Berkshire in the quarter finals, the Govs lost a heart-breaking to Lawrence in the semi finals. There is a lot of excitement on campus as the Govs return a deep and experienced squad as they gear up for another play off run.  The team returns eight letter winners and will welcome a number of talented newcomers to Byfield. The Governors will be led by two time ISL and New England All Star, Kaitlyn O'Connell '21 who will captain the team along with four year letter winner and student body president Adeliza Rosario '20. Seniors and four year letter winners Lilly Kingsbury and Destiny Gonzalez also return, and along with fellow senior Olivia Coppinger are expected to provide strong leadership for this experienced group.

While our players are fully committed during the season, they are also well-rounded student athletes who contribute to all aspects of the school. Our team boasts an impressive GPA and our players make significant contributions to the school's music and art programs and hold a number of key leadership positions. We are proud of the well-rounded athletes who have come through our program and currently have alumni competing in basketball and a variety of other sports at Colby, Trinity, Hamilton, Sacred Heart, Holy Cross and the University of Massachusetts. We also boast a growing and vibrant alumni community who continue to stay connected to Govs basketball in a variety of ways.

Erin O'Connell begins her 25th season on the bench and 15th as the coach of the Governors.  During O'Connell's tenure, the Governors have enjoyed 12 winning seasons, 11 playoff appearances and five Kingswood-Oxford tournament championships.  O'Connell has been very fortunate to have coached the top three scorers in Govs history in Kat Fogarty '13 (UNH '18), Katherine Goodwin '08 (Bentley '12) and Courtney Cashman '16 (UMass-Lowell '20).  Prior to Govs, O'Connell was the head coach at Metairie Park Country Day School in Louisiana for a decade.  O'Connell began her career as an assistant at her alma mater Middlebury College under the tutelage of Amy Backus where she had the opportunity to coach three future Middlebury Hall of Famers.

In addition to her basketball duties, O'Connell also serves as the chair of the history department and a dorm parent in Moody Dorm.