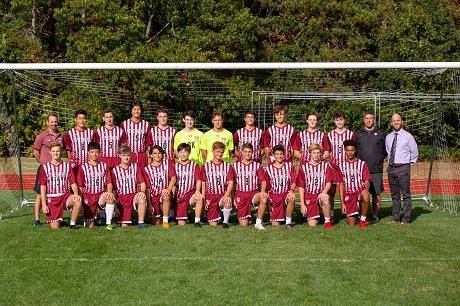 The Governor's Academy soccer program has a long tradition of fielding competitive, skilled, disciplined, and superbly conditioned teams. The team competes in the highly regarded 16-school Independent School League (ISL), where competition is spirited and intense, and sportsmanship is placed at a premium.

The Govs soccer team plays on the Barbara F. Porter Field, a World Cup-size field that is considered one of the premier pitches in . The field is equipped with stadium lights, which allows for exciting night time games for all levels of play. Several Governor’s Academy graduates have played soccer at the collegiate level in recent years. Recent graduates playing collegiate soccer are: Jack Donahue '18 at Colby College, and Teddy Donahue '20 at Clark University.

Team building and team unity are cultivated within the program. Players learn to respect each other, opponents, and the game as they form a cohesive unit and learn what it means to be a part of the team. Student-athletes in the program develop not only their soccer skills and understanding, but also their leadership skills.

The 2020 Governor's boys' varsity soccer team will include a mixture of both veterans and newcomers excited about growing the program, competing, and enjoying every minute on the field.