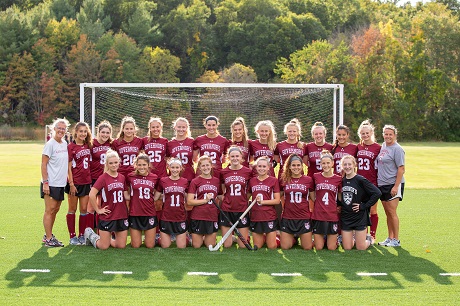 Govs field hockey is looking forward to another successful season in 2019. After making it to the semi-finals of the New England Class B tournament in 2018, the team is hungry for more. This fall, the Govs are led by their captains; two year captain Reanne Burgess, senior Louisa Purinton and junior Ashley Hart. Cassie Reinertson, Meghan Umansky, Charlotte White, Isa Brown and Adeliza Rosario-Vasquez are senior returners who will also play important roles in the team's success. Joining the group of seniors is a very strong core of returners and a great group of incoming players who will make an immediate impact.

The Governor’s Academy field hockey team is always a team to be contended with in the ISL. Players learn not only the game of field hockey, but also learn what it means to be a part of something bigger. Every player on the team has the opportunity to grow and become the very best player she can be through the dedication and support of the coaches and her teammates. The Govs field hockey team is a family that extends beyond a players years at the Academy as is evident by the number of alumni who return to support their sisters in sport.

Head Coach Tracy Stickney is a USA Field Hockey Level II certified coach and is committed to making her team a contender in the ISL. She believes that this group of players has the talent to carry the Governor’s to success. Many returnees play in the US Field Hockey Futures program and others play for club teams such as Northeast Elite, X-Caliber, Allegiance and Seacoast United. The coaching staff is committed to building teams that work together both on and off the field and believe that the only way to find success is through an entire team effort. 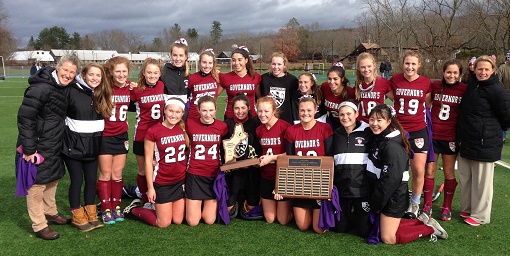 She is a member of the Science Department and head Dorm Parent in Doggett Dormitory, as well.  Coach Stickney attended Wake Forest University where she was a four year starter and captain for three years.

She puts her heart and soul into her teams and works hard to create a competitive yet fun experience for her players while helping them develop into not only the best field hockey players they can be, but great people and active members of the community.  She is also actively involved in the college recruiting process.  Coach Stickney is a USA Field Hockey Level II coach.

Coach Kingsbury came to The Governor's Academy in the fall of 1995 after graduating from the University of New Hampshire.  She has been working with Coach Stickney and the Field Hockey program since 2012, prior to that she was one of the academy's athletic trainers for seventeen years.  Coach Kingsbury works in the Dean's Office as the Director of Affective Education, teaches a full schedule of classes and serves as the school's Resident Nurse.